The Gonorrhea is a sexually transmitted disease caused by bacteria called Neisseria gonorrhoeae, which can affect both men and women, although it is true that the symptoms are different. Since it comes in contact with the bacteria until the first symptoms usually occur between two and five days.

In the case of women the symptoms, which are not always obvious from the outset, tend to be yellowish vaginal discharge, bleeding between periods, painful urination and abdominal pain in the lower area. A disease to be treated because, among other complications, if left untreated can make us much more vulnerable to suffer called pelvic inflammatory disease and it may be a cause of infertility.

Gonorrhea is transmitted mainly through unprotected sex. This infection can occur at any age. Let’s look more closely how to act if we detect some of these symptoms or suspect that we may have gonorrhea.

Gonorrhea, as we have noted, is a sexually transmitted disease caused by a bacterium that grows and reproduces very easily in warm, humid areas. In women, the affected areas are essentially the cervix, uterus, urethra and fallopian tubes. However, the bacteria of gonorrhea may include appear in other areas of the body, mouth, eyes.

Gonorrhea can also be transmitted during childbirth, may put at risk the life of the newborn.

Therefore, it is important that pregnant women who suffer from gonorrhea receive proper treatment before giving birth, and in any case, all pregnant women undergo diagnostic tests to rule out infection.

As is the case with other STDs, gonorrhoea in men is essentially asymptomatic, and this causes involuntary transmission. When symptoms occur, the most common are burning sensation when urinating, a discharge that is white, yellow or green, and in some cases, inflammation and pain in the testicles. Also in the case of women it can be asymptomatic, although the most common symptoms are burning sensation when urinating, increased vaginal discharge and abnormal bleeding between menstrual cycles. Meanwhile, symptoms of rectal infection include discharge, anal itching, pain, bleeding, or painful bowel movements. If infection develops in the mouth can cause sore throat.

Untreated gonorrhea can cause serious and permanent health problems in women and men. In women, the infection can spread to the fallopian tubes and uterus and cause pelvic inflammatory disease. In these cases, symptoms of gonorrhea are added fever and severe abdominal pain. Gonorrhea, and other sexually transmitted diseases, may increase the risk of acquiring or transmitting HIV, the virus that causes AIDS.

All sexually active people are at risk of gonorrhea infection, so to avoid the spread of bacteria is necessary to have relations with protection.

Contraceptive patch: How it is used, price and contraindications 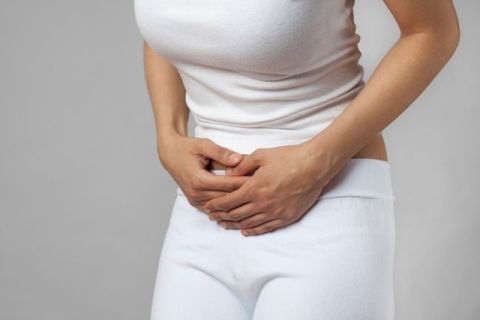 Genital warts: Treatments and diseases that cause them