Heat and hemorrhoids: Tips for relief

The Hemorrhoids, also called piles, are a much more common proctological disease than we think. In fact, according to medical data, it affects between 30 and 50% of the population, mostly between 45 and 60 years. 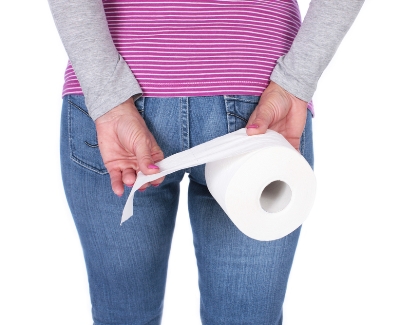 Hemorrhoids consist of tissue located in the innermost zone of the anus, with multiple blood vessels and elastic fibers. They can be internal or external, and their symptoms most common are itching, pain when sitting, bleeding together with the deposition or in cleaning after the same, as well as the appearance of nodules or lumps.

The heat may cause hemorrhoids to give more problems or are most annoying. The heat promotes increased vasodilation, which may cause swelling and irritation.

There are other indirect causes that also influence the higher prevalence of discomfort in the warmer months, such as constipation, especially frequent in travel and causing pelvic congestion and dilatation of the hemorrhoidal plexus. No less insidious, in this sense, are the episodes of diarrhea repeated over time. The stool liquid, highly acidic, it can irritate and inflame hemorrhoids causing more or less unpleasant symptoms, such as pain, bleeding, prolapse, or relaxation of connective tissue support.

The causes of hemorrhoids in summer

The constipation and diarrhea are only some of the causes of the hemorrhoid inflammation. The appearance of the disease, in fact, is related to many factors, some of which tend to underestimate not given due attention. In the summer months, or when temperatures begin to rise, more usually leave home and make much longer trips, forcing us to sit longer, a position that involves certain risks if we suffer or are likely to hemorrhoid problems. In addition, the seats of cars and motorcycles, which are extremely hot, can contribute to the occurrence of edema or swelling, with the worsening of symptoms associated with hemorrhoids.

Furthermore, summer is a time that invites you out more and to practice outdoor sports. However, some sports like cycling can favor the irritation of hemorrhoids.

If some physical activities like cycling, horse riding and weight lifting, is unwise in case of hemorrhoids, there are others that help improve muscle tone in the pelvic area, which is effective both preventive and curative levels. Including walking and light exercise.

Another important aspect is the diet, which should prevail in the high-fiber foods such as fruits, vegetables, whole grains and yogurt, and foods with lactic ferments. Likewise, remember the importance of proper hydration, increasing the intake of water to further soften the stool. To relieve discomfort, using creams and topical gels, capable of promoting resurfacing of the skin and mucous membranes is recommended.

2015-09-18
Previous Post: What Are The Benefits Of Exercises On Health
Next Post: Gout: Initial symptoms, causes and cures

Comments are closed, but trackbacks and pingbacks are open.