Irregular periods, hair starts growing in some areas of the body, increased weight or mood disorders are some of the symptoms to monitor since these may reveal a polycystic ovary syndrome. A disorder may also be behind infertility problems. What are its causes? what is the best treatment?

What’s behind the polycystic ovary syndrome? From the outset, this is a disorder that, according to medical data, affects between 6 to 10% of women. The polycystic ovary disorder is metabolic caused by increased levels of blood insulin. Pay attention to symptoms or signs that our body sends us, as though these may seem very specific, may also be associated with other conditions or ailments more serious. Polycystic ovary syndrome should be diagnosed and treated. For diagnosis, the doctor will perform a blood test to determine the levels of insulin and other hormones and also prescribe ultrasound to check the status of the ovaries.

Polycystic ovaries cause ovarian dysfunction; hence its most characteristic symptom is precisely the alteration of the menstrual cycle. Although the origin of this disorder is throwing unanswered questions, yes are more accurately symptoms that reveal to the polycystic ovary syndrome, such as weight gain or the difficulty in losing it.

In fact, according to medical data, women diagnosed with polycystic ovaries are more vulnerable to suffer both overweight and diabetes (type 2) or high blood pressure problems. Another symptom or consequence is the appearance of more hair in certain body areas, especially in the area of the upper lip, chin, due to excess production of androgens that occurs in cases of polycystic ovaries. Another symptom is the appearance of acne.

Symptoms usually manifest in young women during the first rules. Cycles become irregular – more days between rules and may even disappear. Polycystic ovary syndrome may be behind the trouble conceiving.

The symptoms of this disorder improve with the administration of medicines that allow regulating the hormonal levels. However, to apply the best treatment must take into account the symptoms, the age of the patient and if you want to get pregnant. The most common treatment is aimed at controlling symptoms and, above all, to avoid long-term effects. Polycystic ovary syndrome, if not treated properly, can increase the chances of developing endometrial cancer, internal zone of the uterus.

In addition to treatment based on drugs are other tips to follow, as the practice of physical exercise at least half an hour a day on a regular basis, because their benefits helps our body to regulate the use of insulin and reduce symptoms that causes this ailment.

Similarly, if a weight problem occurs, it is advisable to establish a proper diet to lose the extra kilos, as this also helps reduce insulin levels, regulate menstruation and prevent the occurrence of excessive hair.

In the case of the woman indicates desire to get pregnant, the physician who will determine what is the right medicine to regulate the menstrual cycle and to favor the ovulation. If drug treatment does not work, women should consider the possibility of resorting to fertility treatments.

Polycystic ovary syndrome may not only interfere with female fertility, but experts also suggest that may increase the risks during pregnancy. Risks such as bleeding, increased blood pressure, or imbalance of glucose (gestational diabetes). 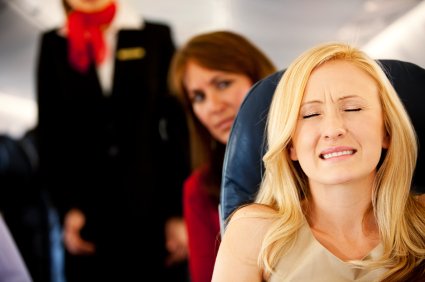 What is diphtheria and how it is transmitted?