Vitamin D is not a typical vitamin, as it is received in various ways: through the feed and by exposing the skin to sunlight (UVB), becoming an element that is activated when the body needs to. Up to 90% of vitamin D is generated in this way. Only about 5 to 10% of the necessary vitamin D is absorbed by the body through food, essentially eating bluefish, butter, milk, egg yolk and cheese regularly. 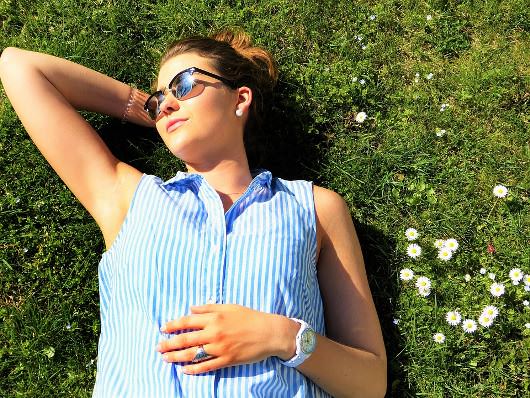 Several studies have shown that about 80-90% of people living in industrialized and modern countries suffer from a mild to a pronounced lack of vitamin D. The reasons why you suffer from a lack of vitamin D can be very varied and they are related to the way of life and the specific habitat. It can also be due to a single reason or several simultaneously.

1. Not receiving enough sun during the winter months

It usually occurs in those areas where the sun during the months is too low and does not have the spectrum of UVB radiation sufficient to pass through the skin.

Walking for 20 minutes a day in winter can be a well-intentioned advice, but it is not enough for the formation of vitamin D. In addition, environmental pollution in cities prevents UV rays from reaching the dermis.

The reserves of vitamin D acquired, in general, during the summer months become exhausted and reduced by half in two months approximately. Therefore, many people are affected, being more likely to get colds and the sensation of a drop in their mood. A winter vacation of two weeks under the sun, are ideal to replenish the reserves of vitamin D in the body.

2. Very little exposure to sunlight during the summer months

Sunbathing in bathing suits three times a week for 15-20 minute is sufficient for the normal vitamin D levels. But this is not available to everyone, for professional or other reasons, and there are many people who can not even get enough sun during the summer.

In fact, the advisable thing is that you expose yourself during the summer to the solar rays, in any latitude in which it is found.

Anyone who has a job that forces them to stay indoors or work at night cannot get enough vitamin D they need just on the way to work and with their skin covered by clothing.

Being for many hours watching television or using the computer is a factor that prevents many people from taking advantage of sunlight during the summer. This risk is very high, especially for those who live in large cities, where the opportunity to sunbathe is even scarcer.

This factor is added to the fact that during the winter months they have less exposure to sunlight, being the most common cause of the lack of vitamin D in large cities.

4. Excessive use of sunscreen

Currently, we are constantly warned about the risk of skin cancer or premature aging if we expose our body directly to the light of the sun’s rays. But this alarmism actually leads us to not get enough sun and end up suffering from a lack of vitamin D.

Even a factor of sunscreen blocks the production of vitamin D in the dermis by 95%. The ideal is to expose yourself for the first 10-30 minutes without sunscreen. This period of time must be adapted to the particular skin type of each person. The period of time should be selected so that there is no erythema during sun exposure.

You should use sunscreen to avoid burns in the dermis. If you want to stay longer in the sun’s rays without protection, you can increase the exposure as you get more tan. 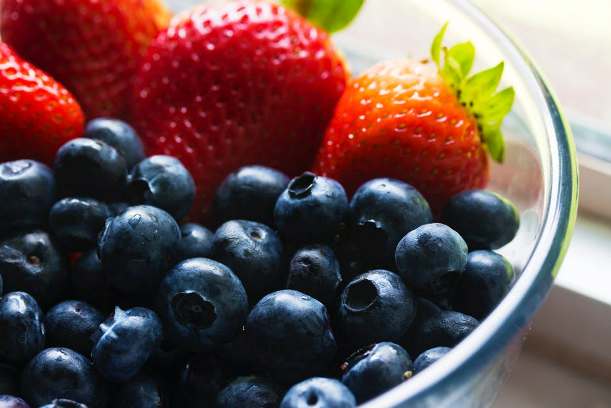 5. Insufficient vitamin D in the diet

The foods you eat may have a very low vitamin D content. Among the foods rich in vitamin D are included (information per 100 grams):

It must be taken into account that the quantities reflected are indicated at 100g and that not all the food that are consumed in the same quantity. Cod liver oil contains the highest levels of vitamin D, but its consumption provides very low amounts of vitamin D.

On the other hand, the consumption of fatty fish in our latitudes is usually very low. Egg yolks, butter and cheese are common in regular diets but very little consumed daily, although they are among the foods with the highest amount of vitamin D.

Vegans, in particular, are more at risk of having vitamin D deficiency, since this vitamin is usually contained mainly in foods of animal origin. Although also fungi and avocados contain vitamin D2, a precursor of vitamin D3.

However, it is necessary to turn the sunlight into the dermis in vitamin D3.

If you try hard you can get the recommended minimum daily amount of 5 mcg (200 IU) of DGE. However, this amount is not enough to generate or maintain a healthy level of vitamin D.

6. Consumption of medications or alcohol

Antidepressants, anticoagulants, corticosteroids and medications to treat peptic ulcer disease and epilepsy can inhibit the absorption of vitamin D that we take in the diet. Even those who drink a lot of alcohol may have a higher risk of suffering from a lack of vitamin D. These people should take this vitamin in the form of a supplement.

People with obesity have a lower ability to generate vitamin D compared to those who are not overweight. Studies show that obese peoples have, in the majority of cases, a lower value 25 (OH) of vitamin D than people who are delayed.

With age the body gradually loses the ability to synthesize vitamin D through sunlight. At the same time, the need for major increases of vitamin D. When the age 65 is exceeded, the skin produces only half of vitamin D, compared to a young person. On the other hand, older people are not usually outdoors, so their body has less ability to produce vitamin D.

9. Being bedridden or suffering a disability

Who is bedridden, or cannot walk without help, ends up quickly developing a deficiency of vitamin D. In addition, these people have less appetite and also consume less food with vitamin D, therefore, we go to recommend to take a supplement.

Patients have greater difficulty obtaining vitamin D by feeding or by exposure to sunlight. They spend most of their time indoors due to their illness, lack of motivation and, in the most severe cases, they are also depressed. Therefore, sunbathing is not one of their activities, so they end up inevitably developing a lack of vitamin D.

People with dark skin or black skin have more melanin. This pigment is the cause of which the solar rays can penetrate through the inferior dermis, reason why the production of vitamin D is reduced considerably. For this reason dark-skinned people have to be longer in the sun than those with fair skin, to get the same amount of vitamin D.

When people with dark skin settle in northern latitudes, over time they can develop a deficiency of vitamin D. If they cannot consume dairy products either, due to congenital lactose intolerance, their contribution of vitamin D by feeding is reduced to a greater extent.

Do you have one or more of the risks described during a period of time of more than three months? In that case, you may suffer from a lack of vitamin D, from mild to pronounced.

Since, in general, it is not possible to change lifestyle or live in an area where there is sun throughout the year, taking a dietary supplement of vitamin D is the best option for your vitamin D levels are optimal and contribute to keeping you healthy throughout the year.

In conclusion: The further away from the equator you live, the darker your dermis is, the more overweight you have and the less you expose yourself to the sun, the more vitamin D you must take, either through food or as a dietary supplement, to obtain healthy levels in blood of this vitamin.

Symptoms of lack of vitamin D 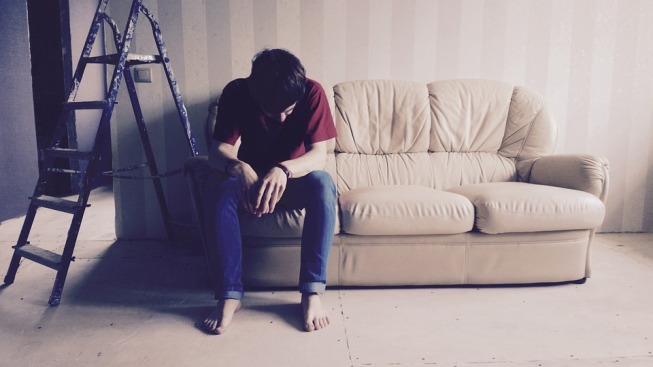 The first symptoms are:

Subsequently, the following symptoms can occur, which are reversible with adequate intake of vitamin D:

If the lack of vitamin D in blood continues, it can cause the following symptoms, which can be alleviated with proper treatment:

Recent studies suggest that vitamin D deficiency in blood is associated with the development of:

This does not mean that these diseases are caused only by a deficiency of vitamin D, but researchers believe that the lack of vitamin D is a decisive factor that contributes to its development, and that an adequate intake of vitamin D can reduce the risk of these pathologies originate. 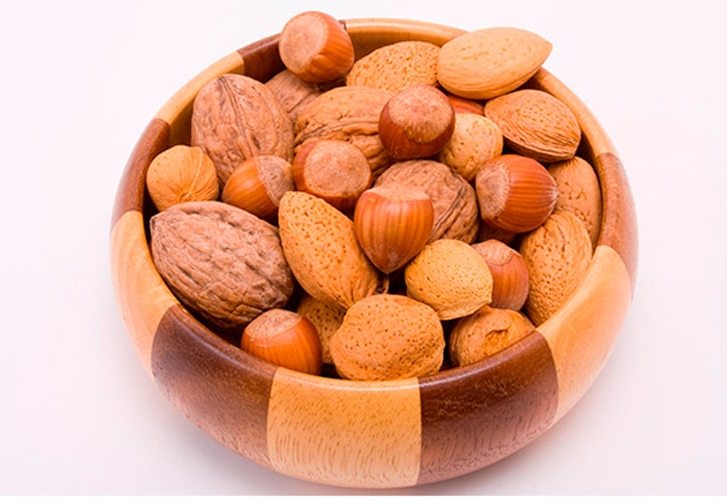 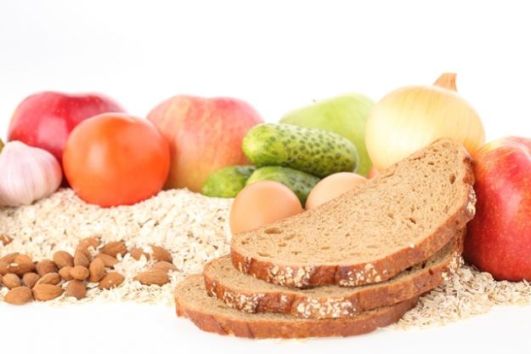 Not all fibers are equal