The cystitis, especially annoying, is a very common infection whose risk can be reduced by taking some simple preventive measures, especially important when we consider the tendency to repeat itself when the body becomes resistant to antibiotics.

In the vast majority of cases, cystitis is caused by E. coli bacteria, a microorganism whose filaments attach to the walls of the bladder making it difficult to eliminate them. The burning sensation of urination, frequent urination, poor urination and smelly urine, and occasionally with some remains of blood, pain in the lower abdomen and fever, these are the most characteristic symptoms of cystitis.

According to data, 37% of women will suffer an episode of cystitis throughout their life, adding that in 2 of every 10 cases cystitis will be recurrent (it will appear in a shorter period of time less than two months). Although there are seasons, like the summer and the high temperatures that accompany it, about that it is necessary to redouble prevention if we are more prone to cystitis, it is an infection that can appear at any time. What to do to prevent this annoying urine infection?

Drinking little water poses risks to the body, and one of them is being more vulnerable to cystitis. If the body’s water level is reduced, the urine concentrates excessively and increases the risk of infection. That is why you should take between 1.5 and 2 liters of water every day. Proper hydration avoids recurrent urinary tract infections. In the chapter of drinks also it is advisable to reduce the consumption of alcohol, caffeine and carbonated drinks.

Not be more than 3 hours without urination

When the urine stays in the bladder for a long time, the conditions for the proliferation of bacteria are created, so do not leave more than 3 hours without going to the bathroom, always emptying the bladder.

A tip to follow also before and after sexual intercourse as urine helps to clean the urinary tract. According to medical data the risk of infection, by fluid exchange, increases considerably.

The intimate hygiene is one of the key aspects in preventing cystitis and recurrent infections. Among the tips to be followed in the chapter on hygiene:

The diet helps prevent urinary tract infections. A feeding with greater presence of fruits and vegetables (spinach, chard, celery …), and foods rich in fiber. A diet that should not miss the cranberry, considered as a perfect ally to prevent cystitis. Endorsed by science, a study published in Critical Review in Food Science and Nutrition, emphasizes that cranberry prevents bacteria from adhering to the walls of the bladder, favoring its elimination. 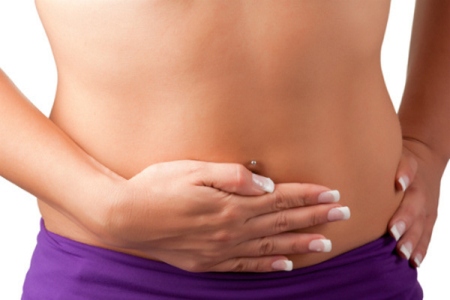