Balanitis is the inflammation of the head of the penis, which when it reaches the foreskin is called balanoposthitis, and it provokes symptoms such as redness, itching and swelling of the region. This swelling, in most cases, is caused by the infection of the fungus Candida albicans, but also it can be caused by a bacterial infection, or simply due to an allergy to the fabric of the underwear or to a personal hygiene product. 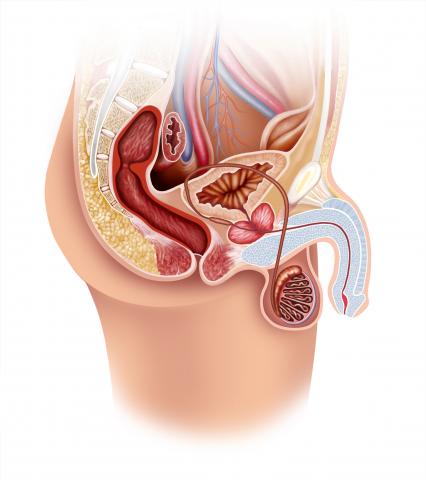 Although it can occur in any man or in children, balanitis is more common in those who were not circumcised, since dirt and bacteria accumulate beneath the skin of the prepuce more easily.

When the first symptoms of balanitis arise, it is important to consult the urologist, in the case of men, or the pediatrician in the case of children to be examined, and once the disease is diagnosed, the doctor prescribes the treatment to be followed to end the discomfort.

In addition to redness at the head of the penis, balanitis can cause other symptoms such as:

In some cases it may be difficult to retract the foreskin, as it becomes inflamed, so if these symptoms arise you should go to the urologist or pediatrician, to identify the cause and initiate appropriate treatment.

Complications of the balanitis

If you can usually retract the foreskin, you may not be able to do so. This condition is called phimosis, and it is more likely to occur if the symptoms last a long time (chronic balanitis) or if they continue to recur (recurrent balanitis).

In addition, the swelling of the penis tip can press on the urethra (the tube that carries urine from the bladder to the outside of the body through the penis). Swelling can cause pain when urinating.

There are several causes of balanitis, including the following:

The main cause of balanitis is candidiasis, which occurs when the fungus Candida albicans develops excessively and causes an infection in the most superficial skin layer of the penis. See how to identify and treat candidiasis in man.

However, there are other causes that can cause irritation in the penis such as poor personal hygiene; allergy to some hygienic product or to the fabric of the underwear; infection by bacteria; or sexually transmitted diseases. In addition to this, some skin diseases such as eczema or psoriasis can also arise in the intimate region causing balanitis.

Most balanitis can be treated with proper hygiene of the region and with the use of cotton underwear so that the skin can breathe. However, when the symptoms do not improve the doctor can identify the cause and start a more specific treatment.

Generally, medical treatment includes the use of ointments such as:

If in spite of using the ointments the symptoms continue or reappear, it is necessary to evaluate the presence of some type of allergy that may be being caused by a specific soap or other hygiene product. In these cases, you should avoid the substance that causes the allergy to relieve the symptoms once and for all.

After the treatment, to prevent the balanitis from arising again, the penis should always be kept clean and dry, the use of products that can irritate the skin should be avoided, and condoms should be used in all sexual relations, to reduce the risk of contracting sexually transmitted diseases.

Yes, diaper rash can irritate the head of the penis (the glans) and the foreskin and produce balanitis.

Diaper rash is an irritation of the skin (contact dermatitis) in the area covered by the diaper. The skin of the baby is very thin and the diapers create conditions of humidity and heat. In such conditions, bacteria and fungi, such as Candida albicans, that live naturally on the skin can produce a diaper rash. Also, if a wet or dirty diaper is left on for a long time, the ammonia in the urine and the stool enzymes damage the skin and produce a diaper rash.

Diaper dermatitis appears as red spots or, in more severe cases, the skin may be flaked off with pimples filled with pus. Balanitis in babies is usually an extension of papilla dermatitis, when the inflammation extends to the head of the penis and the foreskin.

To prevent diaper rash, you can do the following:

If your baby has persistent or recurrent diaper rash, consult your family doctor.

Should I stop having sexual relationships if I have balance?

If you have balanitis, it is possible that the symptoms (pain in the penis, discomfort and swelling) get worse when having sex. It is recommended that you consult your doctor and receive treatment before having sex again.

Symptoms of balanitis may include rash, pain, tenderness, and swelling at the penis tip. Having sex when you have these symptoms can cause you pain. In addition, latex condoms can further irritate the area.

It should be noted that certain sexually transmitted infections, such as gonorrhea, syphilis or chlamydia, can cause balanitis. Studies show that 1 in 10 men who attend genitourinary or sexual health clinics have balanitis. Therefore, if you have balanitis, it is possible that you have a sexually transmitted infection and you should consult your doctor to get a diagnosis and receive treatment. 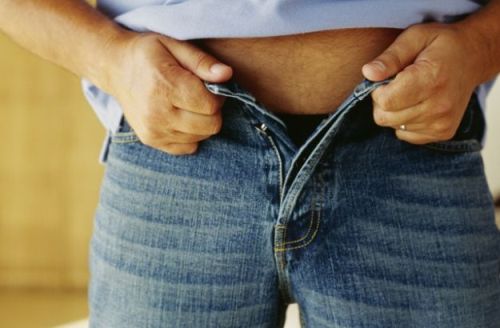 Candida in men: Symptoms and Treatment