Considered, without exaggeration, as liquid gold, olive oil is one of the largest allied of health. Both the virgin as the extra is an exceptional shield to prevent diseases. Includes olive oil in your diet and gains in health. 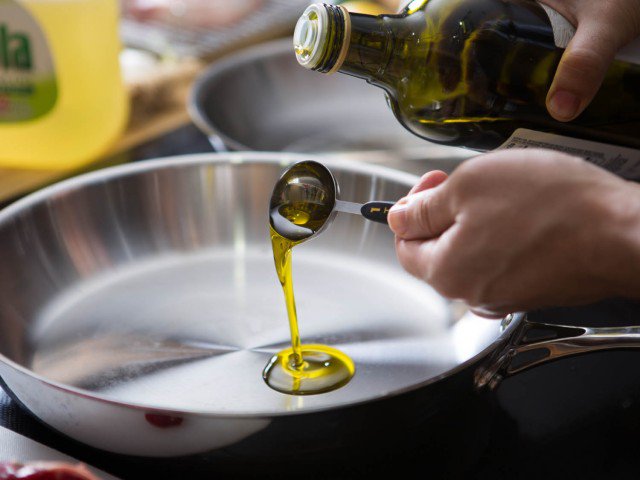 The olive oil is one of the key foods of Mediterranean diet, considered one of the healthiest dietary profiles. Olive oil, among many other benefits, is an excellent antioxidant, which also can be considered as an anti-aging food. Discover all the properties of olive oil, a truly Mediterranean product and whose virtues have at our fingertips.

Olive oil is the jewel of the healthy Mediterranean diet, however it is important to recognize that beyond the olives with which the oil has been made or the flavor that it presents, depending on the composition of the product as well as the obtaining it we can distinguish different varieties of olive oil and not all of them are suitable for human consumption.

At present there are the following types of olive oil:

This oil is obtained only by mechanical methods of cold pressing, is made with the first pressing of the olives and does not apply any heat to increase production.

This type of virgin olive oil is considered the highest quality and best taste since its degree of acidity or concentration of oleic acid is close to or even less than 1%. One of the most characteristic features of this oil is its intense green color.

In this case we have good quality oil but that is not comparable to extra virgin because it does not have the same organoleptic properties due to an acidity that is already close to 2 degrees. Compared with extra virgin olive oil, this type of oil stands out for a more golden color.

Although this oil is suitable for human consumption, its concentration in oleic acid exceeds slightly 3% and therefore it’s organoleptic or flavor properties are scarce.

The quality of this product is so low that it is not suitable for human consumption, even if it is a type of virgin olive oil. Its acidity is higher than 3.3 degrees and was formerly used as fuel oil lamps, hence its name derives.

It is a very poor quality olive oil and has a totally unpleasant taste. Although its acidity is lower than that of extra virgin olive oil so that this oil can be consumed must undergo several refining processes where heat is applied, thus losing practically all the medicinal properties inherent to a good olive oil.

When the term “olive oil” is not accompanied by any other specification we are in fact before oil obtained from the mixture of a virgin olive oil suitable for human consumption and refined olive oil. Both the taste and the acidity vary depending on the type of virgin olive oil used in the mixture.

This type of oil is the one in which the olives bone is also used, which is pressed and crushed to subsequently apply various chemical agents. This process allows to increase the oil production, which although has very limited organoleptic properties. It is suitable for human consumption and usually mixed with some type of virgin olive oil.

The process for obtaining this oil is the same as that mentioned in the previous point; however, in this case, the olive pomace oil is not mixed with any other type of oil.

Following the same method of production, this oil is subsequently refined to eliminate unwanted qualities and is suitable for human consumption as long as its acidity does not exceed 0.5 degree.

How much calories does olive oil carry?

The olive oil is constituted mainly by the macronutrient known as lipid or fat, studies in the field of nutrition have established that one gram of fat provides 9 calories, the most caloric nutrient as carbohydrates and proteins provide only 4 calories per gram.

But the fact that the diet that promotes the use of this oil has been considered the healthiest in the world by multiple experts should warn us about the importance of recognizing that calories should never be a determinant in the diet.

On numerous occasions when a diet or dietary plan is made to lose weight, the olive oil used daily in the different recipes that are prepared must be counted, so it is useful to know how many calories this ingredient contributes based on this type of measurement.

A tablespoon olive oil contains approximately 15 grams of it; therefore the approximate energy value is 135 calories.

Bearing in mind that a normal caloric diet for an adult man should have a value of 2,500 calories a day and that 30% of these calories should come from fats, if we pretend that these are only obtained through olive oil, they could be consumed approximately 5 tablespoons of olive oil daily. 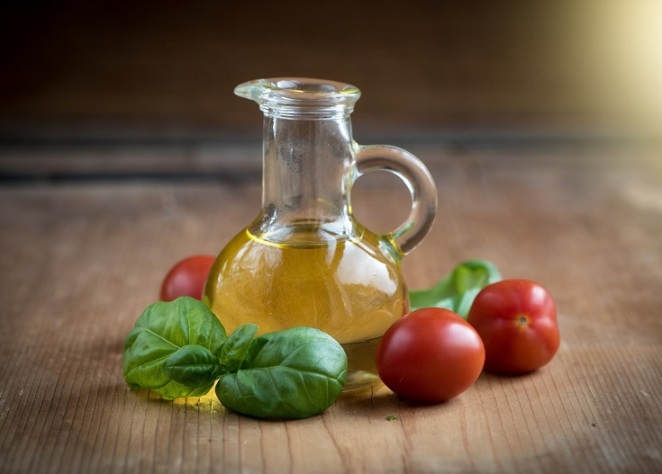 The liver functions will be strengthened if you take a spoonful of olive oil on an empty stomach. It will help to purify the organism and also protects against the so-called fatty liver disease. As its name suggests, it is the process of fat formation in this organ. There are two types within this disease. One of them is the one that has little inflammation in the liver cells and the second type does have damage as well as some inflammation. Hence, the oil consumption can protect it and avoid this whole process.

Olive oil also helps control blood pressure and blood sugar levels. Thanks to its polyphenol content, it is an excellent shield against the effects of free radicals. Its high monounsaturated fatty acids content helps to reduce LDL or bad cholesterol levels.

Olive oil has attracted the interest of experts. Thus, several studies have found that olive oil can help prevent degenerative diseases such as Alzheimer’s, while reducing the risk for cardiovascular disease.

Olive oil is good for the bones, preventing bone loss and the risk of osteoporosis.

Olive oil can delay aging, thanks to the high concentration of polyphenols it has as main ingredients. These act as natural antioxidants which are very necessary to delay wrinkles in the skin. The oil has the virtue of maintaining the elasticity of the skin, thanks to the fatty acids we have mentioned and also vitamins E or K.

The studies are clear on this issue: the cases of type II diabetes can be reduced by half, thanks to the consumption of olive oil. It is a reason for the healthy fats that are part of this food which would lead to keeping sugar levels regulated.

Apparently, studies have ruled that thanks to olive oil compounds, it could prevent cancer. Again it is the oleocanthal which would be responsible for discarding the cancer cells, without the others being damaged. But not only that within a healthy lifestyle, the oil has such good ingredients that the risk of suffering from the disease is lower in people who take it on a regular basis.

There are no miracle products, but it is true that some foods will help us control and even reduce weight. In this case, the main benefit of olive oil is linked to a healthy diet. With the calories of olive oil, a couple of tablespoons a day, divided between the main meals, either for cooking or raw, will bring this new benefit as it is quite satisfying.

You have to consume olive oil in moderation, as it can have a laxative effect. So it is a home remedy, for mild constipation. It will help regulate intestinal transit, soften harder stools and eliminate intestinal inflammation or irritation.

Moisturizes and nourishes skin and hair

Both skin and hair will be perfectly nourished as well as hydrated, thanks to this food. As for the first, the oil will delay aging. While in the hair, it will provide an extra touch of shine, leaving it more natural and silky. In the same way, it will also make your growth stronger. 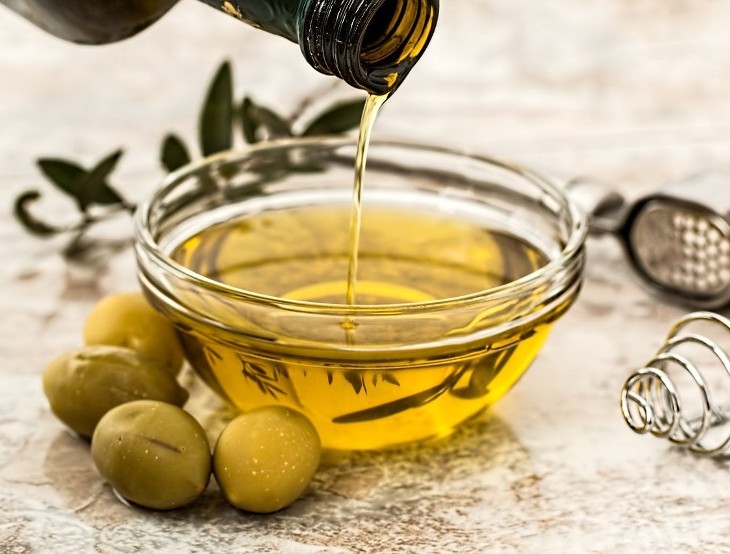 How to use olive oil

Olive oil is a food that brings benefits to both the diet of adults and children. A very versatile food because it can be used in all kinds of foods (salads, stews, meat or fish, fried …). To take full advantage of its properties, it is best to take it raw, as dressing for salads, for example, and even follow a Mediterranean tradition, making toast bread with a drizzle of olive oil at breakfast.

How to use olive oil well for frying

When we use cold extra virgin olive oil there is no doubt. Add the amount that will be used during the preparation of the recipe that we are preparing and consumed at room temperature or cold and so not only maintain the properties and benefits of the oil but also do not generate toxic.

The doubts or misuses appear when we use the EVOO (Extra virgin olive oil) for frying. Many times we do not use it correctly and we want to give you some minimum guidelines to follow so that you can use olive oil correctly. 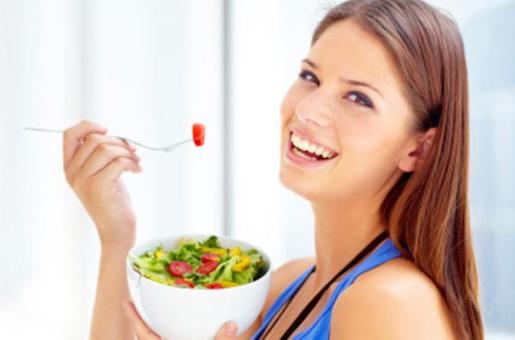 Foods that regulate the hormonal system 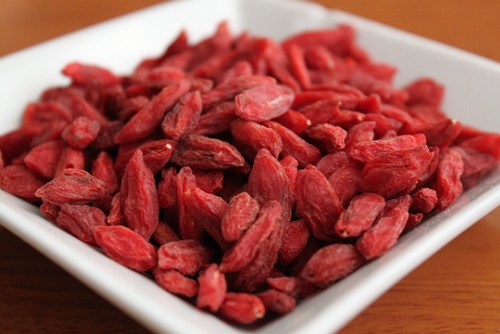 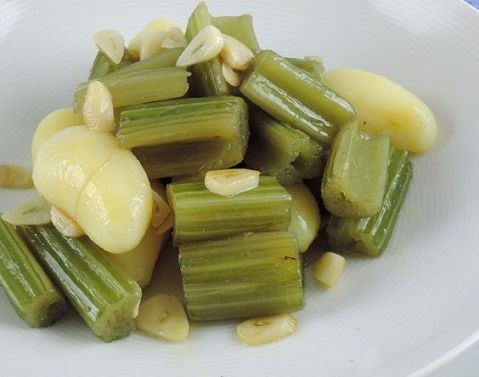